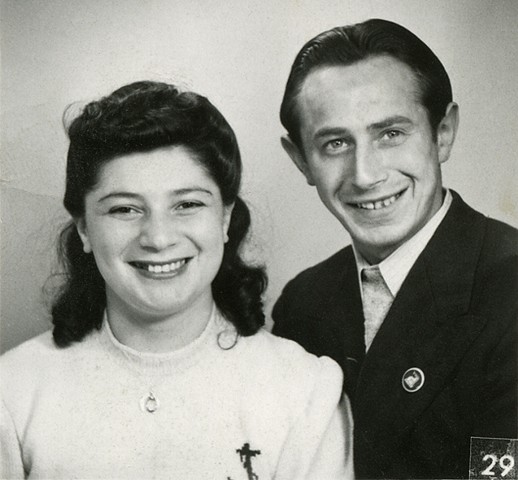 My zaydeh (Yiddish for grandfather) was the second youngest son who graduated in textile engineering in 1939 just before Poland was invaded. His engineering skills helped keep him alive in the concentration camps. My grandparents were married in the Lodz ghetto before they were split-up to be deported. Once my bubbeh (Yiddish for grandmother) had been liberated from Auschwitz along with my great grandmother, they were both sent to Sweden, where my zaydeh found them. There they gained back their strength and decided to immigrate to Toronto, ON, Canada where my zaydeh picked up a camera and started capturing new memories. He got so much joy from it he eventually became a professional photographer, taking pictures in his community at all the bar and bat mitzvahs, weddings, baby namings, and so on. He literally was never without a camera.